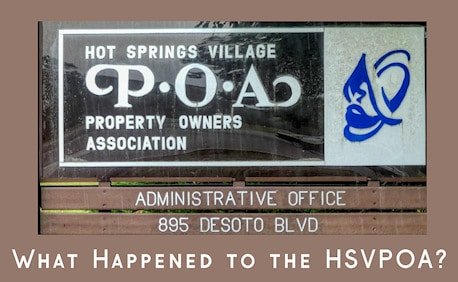 What happened to the HSVPOA?

Is what has transpired in the Village a preplanned deliberate corporate takeover by New Urbanists with their New Urbanism Comprehensive Master Plan (CMP)? Bear with me and hear me out. This idea may not be so far fetched.

To begin with, Both David Twiggs and the CEO have New Urbanism ties and plans. This we have already proven and they do not try to hide this.

Let’s take a look back to when David Twiggs was General Manager. Mr. Twiggs already had his plan. He called this the “Masterplan Workbook.” (See pdf below.)

Why didn’t General Manager Twiggs use his masterplan to guide the future of HSV?

He didn’t because there was one snag. That snag was that Property Owners had either lost confidence in his leadership and they wanted him gone or he had bigger fish to fry.

Waiting in the wings was CFO LN and the Board chose to appoint her under the advice of G.M. Twiggs, changing the name of the General Manager position to CEO. Surely the Board knew that the CFO was loyal to the same type of plan as General Manager Twiggs. Mr. Twiggs had stated that he hired LN as his successor.

In a Hot Springs Village Voice article by Jeff Meeks, dated August 29, 2016, G.M. Twiggs stated, “The CEO needs to be vested in the region, politically connected, understand the unique nature of HSV, be a great team builder, and understand how to use staff and consultants to the best benefit. Lesley Nalley fits this role. I would not have hired her if I had not thought she could eventually replace me.
“This transition has been in the planning for some time; I instigated it now because I believe the timing is right. This gives us over four months to make a smooth positive transition.

Transition from maintenance into development

The same article goes on to further quote Twiggs:
“HSV continues to have the most development potential of any similar communities I have managed or consulted with. This potential must be unlocked.“

The purpose of the HSVPOA is to manage the maintenance and administration of the Village. Was David Twiggs’s reign the first hint of an intentional shift of the POA into Developer status?

G.M. Twiggs also said in a November 22, 2016 Hot Springs Village Voice article, written by Lewis Delevan, that “It’s hard to give up something you’ve poured yourself into for three-and-a-half years,” Twiggs said during his report to the board. “I have to keep reminding myself – this is how we planned it.“

Obviously, this was all planned in advance. Regardless of whether all the Board Members were aware or not, the Board reached a majority in favor of appointing the then CFO to the position of CEO.

In another Village Voice article written by Jeff Meek on September 6, 2016 Twiggs explained, “‘As was announced Aug. 25, Hot Springs Village Property Owners’ Association will have a new CEO effective Dec. 1, when current CFO Lesley Nalley takes over for David Twiggs. This move is seen by the POA as the next step in a phased master plan for strategic growth and development.‘

‘It’s a good time to transition,’ said Twiggs, as he elaborated on the move, the Village and the future.
‘In general, it’s very hard to be a GM and a planner. It’s difficult to do both, but now I can specialize and focus on development,‘ said Twiggs, who will, as of January 2017, no longer be a POA employee.
Twiggs will have his own development company, called “Destination Development,” and will base out of Virginia. ‘But I’ll be on-site (in the Village) when I’m needed,’ he added. He has other development interests in other states as well as a second Arkansas community on his list. ‘I’ll work with a few select communities doing new marketing development (like Basecamp as an example) and property re-development, like bringing in cottage communities, the builders of cottage communities. We know we can do it.'”

As stated above, at the same time that the CFO was appointed to CEO, Mr. Twiggs resigned from the POA. Mr. Twiggs and the POA soon entered into an agreement for Mr. Twiggs to serve as a consultant. The new CEO withdrew from this agreement within a month or two.

Many erroneously thought – all is well

Ostensibly now, the Village had a bright new beginning under the guidance of another leader who many thought would take us in a much different direction than the course Mr. Twiggs was heading. Or was this an overly-optimistic and inaccurate viewpoint?

Under the new captainship, it appears management worked with expensive attorneys and began weaving a spiderweb of changes to existing By-Laws, Protective Covenants, etc.. This was all orchestrated in preparation for the implementation of the CMP. This was done under the leadership of the then-existing majority of the Board and continues to this day under the guidance of today’s majority Board Members.

This direction is not what the majority of Property Owners want. This is evidenced by the NO vote on the Amendments.

Looking back at the documentation of what has transpired, in my opinion, this was all a masterminded set of activities to orchestrate the changes needed to fully implement the fatally-flawed Comprehensive Master Plan.

Much is discussed and voted on behind the closed doors of the Governance Committee. The present Board has actually made the Comprehensive Master Plan a governing document.

If prospective buyers are given a copy of all the new covenants/restrictions before they bought, how many would think twice about moving here?

It is my opinion that the majority Board has become a swamp of corporate governance moving at great speed to remove Property Owners’ rights and implement the over-reaching and unworkable CMP in order to create an URBAN fantasy that will destroy our Village as we know it.

Our solution is to elect Lloyd Sherman, Tucker Omohundro, and Dick Garrison. Please vote LTD and help to take back our beautiful Village. Thank you for reading.

Be sure to not miss any new articles by bookmarking this website and checking back often.