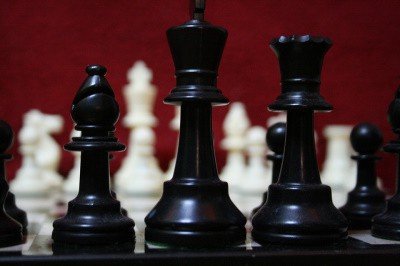 As we celebrate Memorial Day in a way none of us has ever done before, let’s also cheer the diversity of ideas in our wonderful country.

An example is the explanation below of why John Weidert cast the deciding vote when the POA board adopted the Comprehensive Master Plan (CMP) in his final meeting as board president.

John is a good guy who spent 41 years in service to our country as an Air Force officer and working for the National Security Agency and the U.S. State Department.  After a three-year tour in Afghanistan, John retired in 2010 and joined his wife Connie here in the Village.

He was chair of the POA Recreation Committee before being elected to the board of directors in 2015.  He is president of the local chapter of the Military Officers Association of America, president of HSV Rotary Club and active in the Hot Springs Metro Partnership.

Here’s what John wanted you to know:

Frank, I would like to thank you for the opportunity to write this and your providing room for it in your blog for its distribution.  You and the folks reading this may be wondering why I have waited until now to say what I have to say.  And, that would be a particularly good question.

That said, I was going to put something together concerning the Hot Springs Village Comprehensive Master Plan months ago.  But, based on a conversation I had with an individual at that time, who was not the CEO or a former POA Director, I decided not to put something out.

However, I feel now is the time.  Nothing I will say here will be confrontational in any way.  Only factual!

The Hot Springs Village Comprehensive Master Plan was started, completed, and voted on during my tenure as Chairman of the POA board from April 2017 to April 2018.  In fact, I was the deciding, tie-breaking vote in April 2018 to approve the plan.

Our POA board sent out a Request for Proposal (RFP) early in our CMP planning process.  We asked for a response no later than July 27, 2017.

Our initial HSV developer, Cooper Industries, gave a perfectly understandable negative response to our RFP request based on a previous business decision they were working at that time.

The eventual CMP contract was awarded to Crafton Tull and Associates, who have offices throughout Arkansas.  They partnered with DPZ, a Miami firm.

Based on our RFP, the CMP would address the need for an overall plan to direct a phased development approach spanning our entire 26,000 acres and 40 square miles with 1-, 5-, and 25-year project prioritization, with emphasis on an April 2020 50-year milestone.

The plan should move the community focus from maintenance to successional development, build on existing HSV market studies and highlight missing analysis, identify programming gaps, and create a shared community vision that facilitates project prioritization and financial planning.      The completed CMP would serve to attract additional resources needed to implement the plan over the next several decades.  The effort must have community involvement, including neighborhood residents, non-resident property owners, and other stakeholders.

To ensure all these RFP items were covered, as a Village, we utilized the expertise of nine CMP subcommittees to work alongside our contracted companies.

The subcommittees were composed of board members, our professional staff, property owners, and our professional HSV business associates.  Everyone worked together to make what we considered all the right things happen in coming up with a meaningful and workable CMP.

While the CMP was under development, it was stressed by me and others that the final CMP product was designed to be a “Living Document that is a road map, not something stamped in concrete.  It could be changed when need be.”

The CMP is what I refer to as a “Contingency Document!”  A road map, a guide, something that can and should be changed based on day-to-day situations you need to deal with.  And when your contingency is dealt with, come back to the road map, and proceed on toward your final destination.

Folks, I have a couple of things to say and a request

There are a lot of folks out there who just seem to believe the CMP was created so we would build “Town Centers” in this Village.  Nothing could be farther from the truth.

Now here is my request!

Hot Springs Village has a CEO who has and is taking a lot of heat for a CMP that was not of her making.

Our CEO only helped make that happen from an operational standpoint.  And a major reason for that is the points in the CMP were the grading criteria for her annual report.  So, under those circumstances, I would bet each of us would have embraced the CMP.

One, to incorporate within it three other studies which were done by prior boards and laying on a shelf gathering dust.

The other reason is Hot Springs Village did not have a plan for sustainable growth.  We needed a plan, a CMP that was current and sustainable.

So, as I said at the onset if you harbor any negative feelings about the CMP, please blame me for its implementation.  Because, had it not been for me being the deciding vote, we would not have this CMP.

And folks, we need to be smart.  Let us make sure that before we get rid of one plan for the growth and sustainability of Hot Springs Village, we have one to take its place.

I want to thank each one of you for reading what I have had to say.  And, Frank, thank you very much for giving this document room in your blog.

Everyone, please have a safe and blessed life in this wonderful Village of ours.

All my best,
John Weidert

Last Wednesday, the new POA board annulled the CMP.  The board also nullified more than 100 pages of protective covenants adopted when the CMP was approved.

In anticipation of the board’s action, Villager Gene Garner withdrew a suit filed in January 2019 against the POA.  He argued the POA exceeded its authority when it adopted a 119-page set of rules, replacing three pages which had been in effect for nearly half a century.

Garner said the new board shared his call for transparency and he sees no reason to waste the time and money seeking what the new board has already taken care of.

Editor’s note: Thank you for reading. Click here to go to the home page to bookmark this website so you don’t miss any updates. We are working on an internet forum website that will enable Villagers to make their own posts, as opposed to only being able to comment. Details will be coming soon.