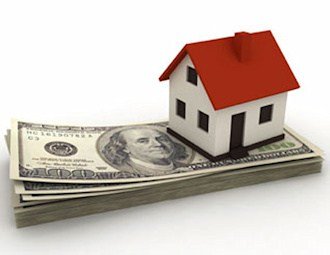 Part of a comment on a recent thread titled “No Excuse for Vandalism or Violence in HSV,” prompted me to examine and question HSV Assessment policies a little closer.  Sometimes when things are staring you right in the face, you tend to overlook them.  Considering that HSV assessments always seemed to be so reasonable, I never paid them much mind until now.  Especially, since increased assessments and/or special assessments and fees seem to be a more frequent occurrence.

What about the Cooper model of “one property – one rate?”  The concept of Cooper’s creation was great…for its time.  At its inception, HSV properties were more equally sized and valued.  The Village property diversity has grown to a point that has outgrown the fairness of the original concept.  The concept has already been thrown out the window with the 2-tier assessment, anyway.

Seems this might explain the frantic push for the CMP.  Flood the Village with pocket neighborhoods and $200,000 homes that will effectively contribute at a higher rate than more valuable properties thereby assuring the “elite” can reside here virtually free, comparatively speaking.

Time to be FAIR…to everyone

A lot of time, effort and money has been and is spent trying to figure out how to manipulate assessments and fees that ultimately and unfairly benefit the more well-to-do.  The solution can be as simple as a flat, across the board assessment rate.  Bang, zoom…all HSV financial problems solved in one fell swoop.  A .5% effective assessment (or whatever rate you want) for everyone.  The ailing widow/widower on Social Security who struggles to make their .8% as well as the millionaire who can make his/her .08% payment from his spare change.  Dump the one lot/one fee model…it’s already dead anyway.  Bury it.  It’s time to be FAIR….to everyone.

As an ordinary citizen, the above represents my own view of the effect of some of HSV policies and concern that the trending negative and manipulative managerial practices of late will be driving people out rather than bring them in.  Referencing the above link and others, it’s noted that a number of people have already left the Village from assessment shenanigans and many who are seriously considering that option.   Also, when some of the above information is realized by prospective clients via social media and the like, a second thought would be given as to whether the Village is as fair as it’s made out to be…

I’m no expert in finances, bylaws or legalese.  Just an ordinary citizen who is fair-minded.  I hope you all are, too, because a change like this would affect everyone to some degree.  To save the village as we know it, In my opinion, it’s either something like this or something like the CMP may destroy a lifestyle we’ve come to cherish.

Ready now for the analyses, discussion and likely shredding of such a plan.  Try to be kind and possibly present alternative ideas.