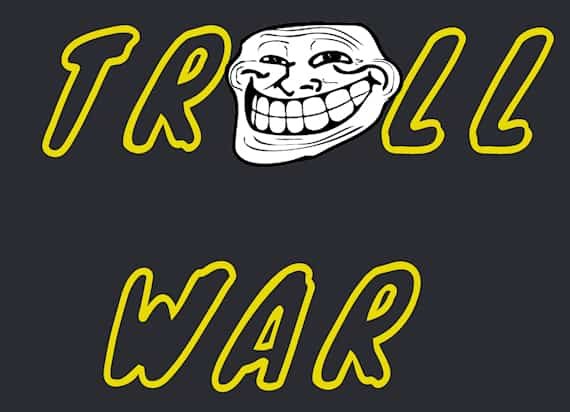 At the November 20, Hot Springs Village Board Meeting, the CEO discussed the trolling that is occurring on our website.

Before the meeting began, the CEO approached me and asked me if we could talk. To the best of my recollection, she said, “Are you available to talk? I want to check some facts.”

I replied that I was not available to talk at that time but she was welcome to send me an email.

She said, “You’re not? I’ll just discuss it in the meeting, then.”

Backing up a bit, the previous night around 9:30 p.m. and earlier that morning, starting at 6:30 a.m. our website was attacked by an anonymous troll who appeared to be quite agitated and made nine personal and untruthful attacks against two Villagers. These comments were removed. Fast forward to the CEO/Corporate Treasurer’s comments at the Board Meeting.

CEO:  “On the marketing front, we’ve enjoyed several earned media mentions in the last few weeks.  Where to Retire featured us in finding a city that appeals to grandchildren list.  I want to publicly thank the **** and ******* families for sharing their stories.  They were integral in getting our story out there by telling their own story.”

CEO:  “Also, Southern Living as one of the south’s best retirement towns and I want to thank our Chief Member Experience Officer, ***** ********, for leading some much-needing, much-needed refinements to our marketing program and in continuing to get us focused.  And also, our Marketing Manager, who you’ll meet in just a moment.”

CEO:  “I am encouraged by how we are positioning ourselves in the marketplace to capitalize on our 50th anniversary.”

CEO: “And on that note, I want to share something concerning that I was briefed on this morning, by a concerned Property Owner, who contacted me and indicated that they had evidence that a public website, that is devoted to talking about Hot Springs Village, is deleting posts, is censoring posts and you know as we get ready to spend over a quarter of a million dollars to further our marketing efforts, especially in light of our 50th Anniversary, I just really again, call on all of us and I am going to include myself in this, but call on all of us to be very, very careful because we are driving so much traffic to discovering and rediscovering Hot Springs Village and we would hate to see those those, um, those things be, you know, undermined in that way.”

CEO: “So, I’ll leave that there.  I don’t have all the details.  I did ask Cheryl if I could speak with her earlier and she didn’t have time at the moment, but ah..”

Cheryl Dowden: “Would you like to speak with me now?”

CEO:  “But checking with her for doing that and so…”

My response in the public comment portion of the meeting

Madam Chair – Thank you to the Board and management for all your hard work.

HSV People dot com makes every attempt, even though we don’t have to, to allow commenting.

If you post curse words, pornography, or are a troll, your comment may not be allowed to stand.  This is standard for websites.

This morning, two esteemed and valued members of our community were attacked in a personal and untruthful manner on HSV People dot com.  These comments were removed.

As ****** ******, our CEO has stated, this anonymous person contacted her to complain about us removing these untruthful and personal attacks on two esteemed and valuable Villagers.  I am surprised our CEO supported letting these comments stand.

HSV People dot com is not causing the problems in the community.  These problems are caused by someone else.

Now you know the rest of the story.  Thank you.

Note: HSV People dot com is in a Troll War every day. Names have been removed from this article.

Be sure to watch the video until the end to read the comment.