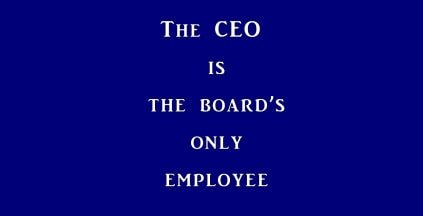 Should HSV CEO Contract be Renewed?

There’s a lot of chatter in the Village about the POA board renewing the CEO’s contract. A petition with 551 signatures was presented to the board urging it not to do anything until the new board is elected.  Ballots will be counted March 24.

Quite a few Villagers replied in the comment section saying 551 Villagers should be enough to get the board’s attention.

Board candidate Lloyd Sherman correctly pointed out the board doesn’t have to do anything with the contract because it has another year to run.

For the last few years, the board has reviewed the CEO’s performance in March.  As the board’s only employee, a review is certainly in order.

Two things have riled Villagers who follow these things:

As Sherman pointed out, this means “for several years now there has been much dissatisfaction with March and April surprises.”

Until last year, property owners didn’t know what the board was doing because the CEO’s review and contract preparation take place behind closed doors.  Then the Cooper court ruling shed some light on what’s going on.

To give you a feel for the scope of all this, I’m reprinting below a blog I sent out last July explaining what had happened.  It includes links to the CEO’s current contract, the bonus goals and a chart comparing the CEO’s salary to other public officials so you can judge for yourself whether the contract is justified and if it should be renewed.

In a blatant and some would say irresponsible rejection of what Village property owners were saying at the ballot box, the last POA board took an unprecedented step to make it virtually impossible to fire the community’s top executive.

Just two days before votes were counted last March 21, the board changed Lesley Nalley’s contract so it now takes six of seven board votes to oust her.  In the past, a board majority of four votes could terminate the contract.

The new pact, signed March 19, also increased Nalley’s salary to $210,105, a rise of $6,105, and boosted her bonus opportunity from 20 to 30 percent of her salary.  Her salary is higher than most top city and school officials in Arkansas, including the governor.

All this for a CEO whose major achievement has been the adoption of a half-million-dollar Comprehensive Master Plan (CMP).  When the outgoing board adopted the controversial CMP at its final meeting last year, Nalley basked in the accomplishment, calling the CMP “my plan.”

An examination of Nalley’s last two contracts, released this month under court order, shows directors taking steps to keep Nalley in office, thus preserving the many “corporate” changes put in place over the last three years.

Sensing three avowed opponents of the CMP were about to be swept into power, the old board ignored an overwhelming rejection months earlier when property owners said no to Declaration changes they’d proposed.  They moved forward anyway to protect Nalley.

[If you are an HSV Property Owner and would like to see the CEO’s 2019 Employment Contract please contact the POA.]

To earn a bonus of up to $63,031 each year, the CEO is asked to meet four enterprise goals:

You can see the specific targets the CEO is charged with hitting by clicking here.

As you ponder the details of the CEO’s contract and job performance goals, keep in mind this very important fact: The CEO is the board’s only employee.  What she does, how much she’s paid, how her work is evaluated – are decisions made by the POA board.

Any frustration property owners have should be directed at the board, not the CEO.

To compare the CEO’s salary with what other cities and school districts are paying, click here.

Thank you for reading. Please consider bookmarking this website so you don’t miss any updates.

If you would like to submit an article for publication on this website or if you have an idea for an article, please contact Cheryl at [email protected]