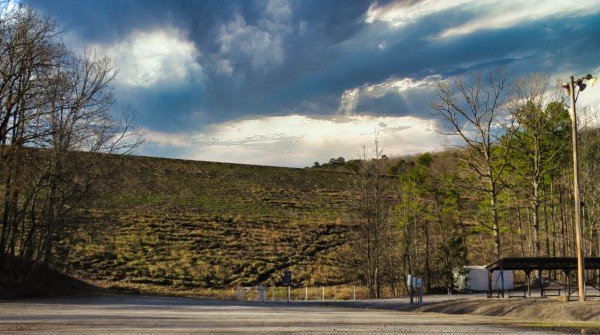 Dams are considered “high” hazard, regardless of current conditions, if their failure has the potential to cause death.

The Federal Guidelines for Dam Safety outlines a customary classification practice among both federal and state dam safety offices regarding the phrase, “high hazard dams”. This practice “is to classify a dam according to the potential impact a dam failure (breach) or mis-operation (unscheduled release) would have on upstream and/or downstream areas or at locations remote from the dam.”


Article states there are issues with Lake Cortez Dam

According to the Arkansas Democrat-Gazette, “of the 114 high hazard dams in Arkansas, 23 are rated in ‘poor’ or ‘unsatisfactory’ condition.” Per this article, the dam at Lake Cortez is on this list, but don’t get too excited just yet.

If a “high hazard dam” catastrophically fails, there is a potential for major property damage and potential loss of life.

The Arkansas Natural Resources Commission recently cited Hot Springs Village for both vegetation and spillway issues. The AR NRC is funded through FEMA.


Due to the size of the chart below, I had to use two screenshots. The second screenshot should be visualized as the right-hand side of the first. 1979 is the year Lake Cortez Dam was completed. 857 is the crest length of the dam in feet and 80 is the height in feet.

Hot Springs Village Chief Operating Officer, Jason Temple, has stated that we have corrected the vegetation issues, but not the rehab on the spillways. The following is a partial transcript from the December 18, 2019 Board meeting regarding this issue.

Board Chair Cindi Erickson: “What remaining work is there on the dams? We were cited. Had some findings. We’ve remedied a lot of those findings. What work remains on the dams? Do you want to come up?”

Temple: “There are some big items such as on Lake Pineda. There’s that concrete spillway. It needs some substantial rehab. There’s a couple of holes in the walls that allow the water to leak out to the dam. That causes erosion. We’ve had engineers look at it and so it’s kind of in planning. Things like that.”

Temple: “Other things that involve concrete on some of the spillways. We are still, haven’t completed those things. But 90 to 95 percent of everything they have requested, we have completed this year and we have responded to them via letter, showing before and after pictures.”

Temple: And so, we’ve done a good job of giving them a good progress report and this is usual business. We’ll have everything caught up, probably sometime next year.”

Director Diana Podawiltz: “I live near the pit. So I am very curious as to dates regarding control burns. I haven’t smelled or seen any evidence of any burning taking place, yet. I know that it was going to start sometime in December and we are half-way through. I was wondering if you had an update on that?”

Temple: “Sure, sure thing. We’ve just got all the approvals from the state. We had to actually get the county judge to sign off on it this year. Some new laws. We are planning to get that started very soon. We just completed the Durango culvert rehab project which tied up all the staff. I would expect to see this get started sometime next week and usually, we put blowers on it so we can get it done within a couple of weeks and be done with it for the year. But we’ll try to get this done before the end of the year.”

CEO Nalley: “I would just say, please let’s not do that on Christmas.”

Temple: “Most likely it will be after Christmas, we’ll probably start. That’s a good point.”

A little later at the December Board meeting, the dam situation was again broached. This time by Director Medica, who specifically inquired about Cortez Dam. What follows is a transcription of the conversation:

Director Mike Medica: “I am going to give Jason another chance to look [indecipherable]. The Board got an email about Cortez Dam. Can you come up and address that real quick?”

Nalley: “Have you seen that, Jason? Okay.”

Temple: “I think it was about a month ago or a couple of weeks that Arkansas Democrat-Gazette had an article in the paper about all the hazardous dams – lake dams that were rated potentially hazardous and they listed Lake Cortez. Because we have three dams here, DeSoto, Cortez, and Balboa that we are doing the Emergency Action Plan for that are high hazard dams [indecipherable]. And they said it has some deficiencies in it and I got some phone calls about it. One about the spillway, the concrete [indecipherable], the vegetation, and some erosion.”

Temple: “If you click on the little map part of that article, online, it says the dam is in good condition and then it kind of misleads everybody a little bit, in that area. The dam is in great condition. It has some maintenance items which we have attended to on the vegetation and the erosion. The spillway, if you’ve ever looked at it, it’s still in great shape, but just at the very end of it, there was a washout years ago. It’s [indecipherable]. It’s not eroding. It’s fine, but it’s kind of one of those big items that catch their attention. And it’s not one of those things that has a very high cost to benefit ratio. It would cost a lot of money to put some concrete in there and it really wouldn’t do any good because it is a non-erosional area. So that was that issue. Thank you for letting me address that.”

HSVPOA is advertising for a Common Property and Forestry Manager. One of the necessary qualifications for this position is: “Basic knowledge of Lake Dam and Spillway Maintenance and coordinating the proper maintenance in order to be in compliance with permit requirements and state regulations from the Arkansas Natural Resources Commission.”

Reports To: Superintendent of Street Maintenance

Liability of HSVPOA in the event of a dam failure

HSVPOA is us. In the event of a catastrophic dam failure, and loss of property and/or life, the POA can be held responsible if we are proven to be negligent. That means WE are ultimately responsible, as members of HSVPOA.

The Dam Safety Guidance Manual for Arkansas Dam Owners discusses “general principles concerning liability and the operation of reservoirs. Liability in specific instances, however, is highly dependent upon the nature and construction of the dam, the particular circumstances surrounding the accident, the owner’s action or failure to act, and the jurisdiction in which the reservoir is located. In the event of a dam failure, the most commonly used theories to be pursued in litigation are negligence and strict liability. The liability of an owner of a reservoir is considered general civil (“tort”) liability. A tort is simply a civil wrong for which an injured party may recover damages from the responsible party. In most circumstances, simply causing damage is not a sufficient basis for the imposition of liability. Negligence must accompany the injury before liability is incurred. However, negligence is not a fixed concept; it has been modified and changed by court decisions over the years.

Here’s to hoping we get all the dam issues solved quickly! It appears the POA has addressed some of these issues and is continuing to address the remainder. It is of the utmost importance to maintain our infrastructure and these needs should come first.

I hope everyone had a Merry Christmas or Happy Hanukkah. Have a safe, productive and Happy New Year from Hot Springs Village People!

Who: Coronado residents only
What: Coronado Weenie Roast & Flotilla Harvest Full Moon
When: Date to be determined according to the poll results. 6:00 p.m. to 8:00 p.m.

We are having a FULL Harvest Moon Floatilla. For Coronado residents who don't live on the lake, and would like to participate, we will also be...
View on Facebook
·Share

Effective today, September 17, 2020, in a Board Executive Session, a decision was made to replace Corporate Secretary and Treasurer positions with HSVPOA staff. ... See MoreSee Less

Effective yesterday, September 16, 2020, in a Board Executive Session, Wayne Foltz was removed from his position as Corporate Treasurer on the HSVPOA.
View on Facebook
·Share

According to information in the board packet, Chair Lloyd Sherman will propose an alternative to Roberts Rules of Order at the September 16, 2020 Board Meeting.

This article discusses the advantages and disadvantages of both systems, bringing to light the farreaching importance of this decision. Going forward, this is a decision the POA will most likely have to live with and the implications of this commitment are a little more complex than what appears on the surface. This article is not meant to suggest one system as being preferable over the other. ... See MoreSee Less

At the September Board Meeting, Chair Sherman offered an alternative to Roberts Rules of Order. Democratic Rules of Order offer a less cumbersome...
View on Facebook
·Share