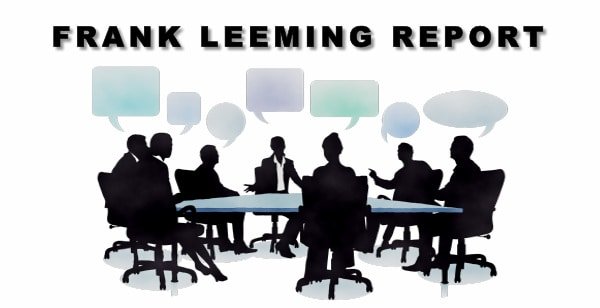 Repairing outside Balboa clubhouse leaks and dents to cost up to $200,000

Fixing the outside of the Balboa Clubhouse will cost up to $200,000, the POA board of directors was told yesterday in a work session.

Roof and wall leaks have to be fixed, windows must be replaced, wall damage from golf-ball hits have to be repaired and the parking lot needs to be resurfaced, according to Stephanie Heffer, director of placemaking and development.

The board asked the staff last month for a detailed look at what needs to be done.

Much of the board discussion focused on over-all management of projects like this.

Board chair Diana Podawiltz said prior boards have not insisted on having a single management plan for big projects, with unified supervision and cost control.  She wants to know where the money will come from to make the repairs before the board is asked to approve a job.

The board also has repairing the Ponce de Leon Center on its plate, particularly the Woodlands.

Heffer asked the board to clarify exactly what it wants the staff to do, and how much can be spent.

Podawiltz suggested the work plans be sent to the Finance and Planning Committee for review before the board is asked to vote.

Chief operating officer Jason Temple told the board he would like to propose renewing a $25,200 contract to mow 14 dams and spillways.

Vice-chair Lloyd Sherman said the 2021 budget will be presented to the board in October, for action in November.

She reviewed state Health Department guidelines for social distancing at meetings.  “When we get up and move around, we have to have our masks on,” she said.  Speakers have to be 12 feet away from anyone.

Saline County Justice of the Peace Keith Keck discussed a proposal to make permanent a 1/2-cent state sales tax for highway improvements.  The tax, approved by voters in 2010, will expire in 2023 if it is not extended by state voters in November.

Keck, a former POA board president, described local highway work the tax is funding, including widening and improving Highway 5 between the Village and Benton, and the new highway being constructed between Fountain Lake and Highway 70.

If the proposal isn’t approved, both Saline and Garland counties would lose about $1 million a year in highway funding, he said.

Keck also discussed how Saline County is working with Aristotle Communications to expand high-speed wireless internet service in rural areas.  One grant application would cover the eastern parts of the Village so they would have download speeds of at least 25 megabytes per second.

John O’Brien, the new executive director of the local Chamber of Commerce, outlined the 23-year history of the non-profit organization and the work of many volunteers, particularly in operating a visitor center outside the west gate.

He said the chamber, which has 326 members, plays two roles – boosting local commerce and operating the visitor center.

“We are really the front door to the Village,” O’Brien told the board.  He is going to be working with Google to change it’s mapping program, which today takes most visitors to the east gate.

Last year, 3,300 persons went to the visitor center where they can get maps and brochures about the Village.

O’Brien said 15 local Realtors have agreed to spend two days a month at the visitor center meeting guests, answering questions and taking them on tours of the Village if they’re interested.

“We really sell the Village … and its lifestyle,” O’Brien said in describing the chamber’s partnership with the POA.

He lamented the lack of follow-through with guests who rent property and enjoy the village on vacations.

“When they leave they just throw their keys in a box and drive away,” he said.  “We’re missing a great opportunity to sell what I call heaven.”

O’Brien sees the POA as operating a long-range marketing program reaching out all over the country, while the chamber operates a “nose-to-nose marketing program” involving people who are already here looking at what we have to offer.

If there was a disappointment about the work session it was the low visibility of the POA’s new general manager, Charles King.  Podawiltz referred to him in the last 10 seconds of the meeting, but he made no comments.

Tension between Podawiltz and director Kirk Denger was again on display at the meeting.

Podawiltz said the absence of a live broadcast of yesterday’s meeting on the POA YouTube channel was caused by a communications problem between two POA employees.

There were 735 new coronavirus cases reported in the state today, bringing the total to 47,028.  Seven more Arkansans died, for a total of 515.

By Former Board Director, Frank Leeming, 8-6-20

Thank you for reading. Be sure to bookmark this website so you don’t miss any updates. Click here to visit Hot Springs Village Community Forums.

Who: Coronado residents only
What: Coronado Weenie Roast & Flotilla Harvest Full Moon
When: Date to be determined according to the poll results. 6:00 p.m. to 8:00 p.m. ... See MoreSee Less

We are having a FULL Harvest Moon Floatilla. For Coronado residents who don't live on the lake, and would like to participate, we will also be...
View on Facebook
·Share

Effective today, September 17, 2020, in a Board Executive Session, a decision was made to replace Corporate Secretary and Treasurer positions with HSVPOA staff. ... See MoreSee Less

Effective yesterday, September 16, 2020, in a Board Executive Session, Wayne Foltz was removed from his position as Corporate Treasurer on the HSVPOA.
View on Facebook
·Share

According to information in the board packet, Chair Lloyd Sherman will propose an alternative to Roberts Rules of Order at the September 16, 2020 Board Meeting.

This article discusses the advantages and disadvantages of both systems, bringing to light the farreaching importance of this decision. Going forward, this is a decision the POA will most likely have to live with and the implications of this commitment are a little more complex than what appears on the surface. This article is not meant to suggest one system as being preferable over the other. ... See MoreSee Less

At the September Board Meeting, Chair Sherman offered an alternative to Roberts Rules of Order. Democratic Rules of Order offer a less cumbersome...
View on Facebook
·Share